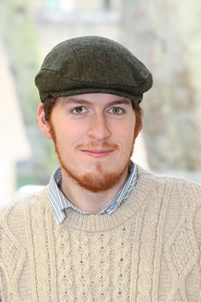 Declan studied an MA in American History at University College Dublin (UCD) completing his degree in 2014, having previously graduated from a BA in History and Classics at the same University in 2013. Declan worked in several roles at UCD. His services in the University Students' Union earned him the President’s Awards for Excellence in Student Activities. Declan also worked as a Tutor for the College of Arts & Celtic Studies, and before moving to London to take up this position, Declan worked in the UCD Classics Department as an Administrative Assistant & Museum Curator