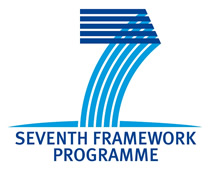 The project provided a structured PhD training programme to prepare Early Stage Researchers for a career in public or private sector research in early developmental cognitive neurosciences. A unique feature of the project was the extensive participation of private sector partners from the technology, manufacturing and services industry in an emerging discipline that does not yet normally interact with the private sector.

The project was primarily based at the Centre For Brain and Cognitive Development (CBCD) which holds Marie Curie Centre of Excellence in Training status, awarded by the European Commission.

The project aimed to provide the highest quality training while generating new knowledge of an international calibre. It is also intended to bridge the gap between basic research and the private sector commercialisation of discoveries. In tandem with the above it was hoped that young researchers would be encouraged to pursue careers in research in the public and private sectors. Since completion of the project all of the researchers have found research jobs in the sector.

The primary scientific aim of the project was to chart the impact that biological, and more specifically neuroscientific, constraints have on the way learning and development can unfold. The project explored the interacting effects of six different constraints: