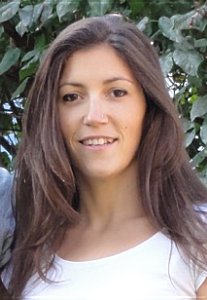 My research focuses on face and gaze perception, social cognition and social learning in typical development and autism. More specifically, my PhD project investigates how gaze direction, emotion, referential cues and motivational value influence the allocation of attention in young typically developing children and adults as well as in individuals with autism. To investigate the social modulation of cue-reward associations, my research primarily uses gaze-contingent paradigms.

Contributing to the organization and running of a series of successful public engagement events. Children and young people with and without autism take part in real research experiments and science-related activities designed to be engaging, straightforward and to accommodate the need of the participants. The Brain detectives’ workshops aim at promoting learning about the brain and mind and are hosted 2-3 times throughout the year for 4-5 day periods.

Contribution to the setup and running of a stall-based public engagement showcased at the Green Man Festival. The focus of the stall was on neurodiversity and the brain and aimed to convey the complexities of the brain, emphasizing how everybody’s brain is different as well as to promote awareness on neurodiversity and autism, tolerance and acceptance by engaging with the general public in a relaxed, informal way.

Vernetti, A., Gliga, T. & The BASIS team. (2016, 7th Nov). Gaze-contingent eye tracking: measuring the motivational value of social signals in children with and without autism. Invited talk presented at the Eye-tracking and Autism - Neurosciences Society Workshop, University of Rouen, France.